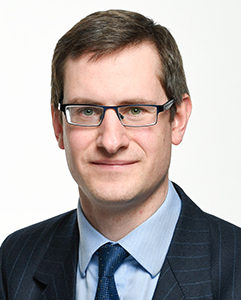 Christopher is a Chancery Commercial practitioner. His work covers a range of practice areas including insolvency, property and trusts. In recent years he has been instructed to advise and appear in an array of complex and high value cases (both led and as sole counsel) including claims brought by insolvency office-holders, directors’ disqualification applications and proceedings under the Inheritance (Provision for Family and Dependants) Act 1975.

After having read PPE at Lincoln College, Oxford, Christopher studied the GDL and then an LLM at Wolfson College, Cambridge. In 2014 he was seconded to Bell Gully, a commercial law firm in New Zealand, as part of the Pegasus Scholarship. Scheme. In 2018 he was appointed to join the Regional B Panel of Junior Counsel to the Crown. He is a committee member of the Chancery Bar Association and the Northern Chancery Bar Association.

Christopher is regularly instructed on an array of applications arising out of corporate and personal insolvency. He work includes applications to set aside statutory demands, bankruptcy and winding up petitions, applications brought by office-holders to set aside antecedent transactions and misfeasance claims. Examples of recent work:

Christopher has been instructed on a wide range of commercial disputes, which are often technical and high value in nature. Examples of recent work:

Since being appointed to the Attorney General’s Regional B Panel of Junior Counsel to the Crown, Christopher has acted regularly in applications brought under the Company Directors Disqualification Act 1986.

Seminal case on Early Neutral Evaluation, in which the Court of Appeal ruled that parties can be compelled to take part in ENE even if they do not consent. Christopher appeared (unled) for the successful Appellant.

Secretary of State for Work and Pensions v GM [2018]

Appeal to the Upper Tribunal concerning Regulation B13 of the Housing Benefit Regulations 2006 commonly known as the “bedroom tax” or “spare room subsidy”; the FTT was overruled as to whether a particular room was a bedroom for the purpose of the Regulations.

Law Department Prize for Outstanding Performance on the GDL

Contributor to the Rural Law Notebook