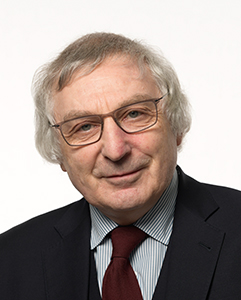 Edward has practised since 1973 in the field of general commercial and chancery dispute resolution and advice. He co-founded his previous Chambers, 11 Stone Buildings, in 1975 and was Head of Chambers from October 2004 until January 2015. He joined Enterprise Chambers in October 2015. He has sat as a Recorder since 2000. Although the vast majority of his work comes from solicitors or foreign lawyers, he does also undertake licensed and public access work.

Over the years he has established a formidable reputation and has become highly respected, appearing in many reported decisions ranging from the House of Lords and Privy Council to the Court of Appeal and courts of first instance. Whilst his practice concentrates on the areas of commercial contracts of all kinds (both domestic and international), partnerships and LLPs, company and insolvency, professional negligence and civil fraud, within those areas his practice is wide-ranging, which enables him to advise and act with confidence in multidisciplinary cases.

His experience and expertise gained over many years of practice means that he is regularly instructed in cases which would otherwise require the services of a QC. Moreover, he is noted for combining an excellent legal brain, good judgement, tactical acumen, commerciality and a very approachable manner with an extremely conscientious approach towards research and preparation, persuasively presented and carefully crafted paperwork and forceful and astute advocacy of the highest standard. His skills and reputation in all these aspects and the truly excellent service which he provides are reflected by the testimonials of him included in recent years in the legal directories.

Those descriptions have included references to his having “one of the most incisive legal brains at the Bar”; being “a tactical and polished advocate”; “having a delightful manner with clients”; being “a delight to work with” and a “star in all areas”, with “the ability to call things correctly”; producing “written work which is second to none”; bringing “strong commercial understanding to a case”; being “very thorough, bright and quite formidable”; and offering “excellent legal analysis combined with shrewd commercial judgment”.

Edward deals with all aspects of commercial law in both court and arbitration proceedings. Much of his work is focused upon contractual disputes but they encompass commercial contracts of many different kinds in all spheres of the business world, often involving international aspects and clients based outside the UK, which may in turn give rise to conflicts of law issues.

Over the years his extensive experience has also included contracts in the media, entertainment and sports industries (sometimes involving copyright issues as well), in addition to the supply of goods and services, banking (acting for and against banks), insurance, commercial property and breach of employment and related duties.

He is also experienced in civil fraud litigation, including the obtaining or resisting of interim relief relating to the preservation of assets. He has regularly represented clients at mediations with successful results and he has also been specifically asked by solicitors to act as a mediator in particular disputes.

Over the years Edward has handled many disputes relating to company matters, including many shareholder disputes, technical issues of company law, claims against directors for breach of duty and applications for personal costs orders against company directors/shareholders

Edward deals with both company and personal insolvency, including claims by administrators/liquidators/trustees in bankruptcy to recover assets for the benefit of creditors, applications to set aside transactions at an undervalue, wrongful trading and misfeasance/disqualification proceedings against directors.

Edward’s practice regularly includes substantial and high value disputes, usually of a commercial nature, involving foreign parties and transactions with international aspects, which may in turn give rise to conflicts of law issues. Such cases in which he has been involved have given rise both to court proceedings and to arbitration proceedings taking place in London at one of the well-known international arbitration centres.

Edward has regularly advised and acted in partnership and LLP disputes. His assistance is often sought in the context of disputes among partners/members of professional partnerships/LLPs, where his extensive knowledge of partnership/LLP law and tactical acumen have enabled such disputes to be resolved with as little pain and acrimony as possible. He also regularly advises as to the provisions which should, or should not, be included in written partnership/LLP agreements to minimise the risk of future disputes. His multi-disciplinary expertise enables him to give complete advice on other aspects which regularly arise in partnership/LLP disputes, such as contract, insolvency, professional negligence, civil fraud, insurance and commercial property. In recent years he has acted in relation to partnerships/LLPs involving solicitors, foreign lawyers, accountants, property investment and development and asset investments.

As well as acting in cases involving alleged breaches of duties of care and skill by company directors and banks, Edward regularly acts in professional negligence claims against solicitors, accountants and financial advisers, as well as valuers, architects and surveyors.

Given his expertise in other areas of law, he is well qualified to deal with professional negligence claims that involve, for example, property, insurance, company and insolvency issues.

He has particular experience in dealing with difficult causation issues, issues that are often more problematic than the establishing of liability.

Decision on setting aside default judgment.

Multi-million dollar damages claim against a bank arising out of sale of oilfield in Azerbaijan.

Decision of Court of Appeal on enforcement of Turkish Judgment in England in the absence of assets within the jurisdiction.

Principles as to the grant of interim injunctions in case of alleged misuse of confidential information.

Application for injunction to restrain compromise of various litigation rights.

Decision on meaning of “ordinary course of business” for the purposes of permitted disposals in debenture.

Costs liability issues after settlement of guarantee claims without resolving costs; whether liability of joint guarantors should be for 50% or 100% of costs.

Leading decision in House of Lords on unenforceability under English law of agreements to negotiate/agreements to agree.

Member of the Commercial Bar Association