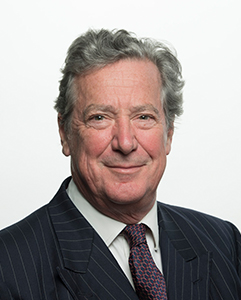 Hugo specialises in commercial litigation, with a particular emphasis on civil fraud and tracing the proceeds of fraud.

His cases often have an international dimension he is currently working on several international legal disputes, involving foreign states and offshore companies. He has also acted as leading counsel in cases involving marine insurance, banking and aviation, and has conducted a large number of commercial arbitrations.

Most recently Hugo appeared as leading Counsel for the Defendant in a legally and factually complex action for breach of a company director’s duties and fiduciary duties. After the successful conclusion of that action he acted for the same client as Claimant in the first English trial for malicious prosecution of civil proceedings, in modern times. It involved an application to the Supreme Court to establish the existence of the tort.

Hugo also has a wealth of experience in injunctive relief applications, including (world-wide) freezing orders and interim relief.

Hugo Page QC has extensive experience in all aspects of commercial law, appearing regularly both in court and in arbitration. Whilst a busy advocate, Hugo is commonly instructed for his pragmatic and client friendly advisory work, with a particular emphasis on commercial agreements, banking transactions, civil fraud and asset recovery.

Hugo has represented Claimants and Defendants against banks in claims arising out of third party fraud and commercial and property disputes and in relation to the intervention of the National Assets Management Agency (“NAMA”) of Ireland in English development loans.

Hugo Page QC has worked on insolvency cases involving, among other issues, the powers of a sole shareholder in a then solvent company and the nature of third party debt orders.

Hugo Page QC has worked and is working on several substantial fraud cases, representing both Claimants and Defendants.

Currently representing the Claimant in a claim for reinsurance commission arising out of agency representation in Romania. Commercial Court.

Appeared for the Claimant in an arbitration dispute as to enforceability of a contract for sale of Cypriot and Russian companies.

Appeared for the Claimant buyer in a dispute over a sale of six airliners by a Chinese airline. Commercial Court and Court of Appeal.

Appeared for the Claimant in a claim for the price of equipment delivered to Pakistan for its nuclear weapons programme. Issues of state immunity involved.

Whether a witness statement served by a claimant in English proceedings in respect of alleged breaches of duty by a director could be used by the defendant in Isle of Man proceedings between the same parties; appeal allowed and permission granted as the significant evidential advantage was a sufficiently good reason.

Claim for malicious prosecution involving issues of the effect of control of a group of companies by a beneficiary of a trust which held the shares; shadow directorship; identity of the directing mind and will; identity of the “prosecutor” of a claim brought by a company.

Appeared on successful application to discharge an order for committal for contempt after settlement of the underlying fraud action. Chancery Division.

Actions by and against a bank and receivers in relation to a major property development in London.

Claim for injunctive relief restraining NAMA from taking an interest in the Claimant’s loan facility.

The London Court of International Arbitration