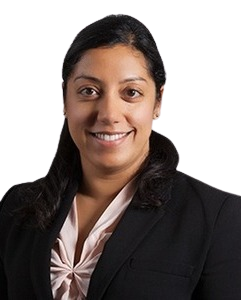 Abha has appeared as sole counsel before the Court of Appeal, High Court, and County Court. Abha has also previously appeared before the Upper Tribunal in high-value employment cases.

Abha provides expert advice and representation in a wide range of trusts and probate disputes. Abha has represented both claimants and defendants, including executors and charities in settlement negotiations, mediations, interim applications and trials.

Abha is mindful of the personal impact of such litigation against a background of family dispute and grief as well as the pressing financial needs of individuals and charities.

Abha undertakes instructions in relation to disputes over beneficial interests in real property and land including claims for proprietary estoppel, constructive trusts, claims under the Trusts of Land and Appointment of Trustees Act 1996 to determine beneficial interests/ subsequent orders e.g. an order for sale and occupational rent.

Abha undertakes a wide range of instructions in respect of partnership documentation and potential disputes, with a particular focus on farming partnerships.

Recent and on-going cases include: