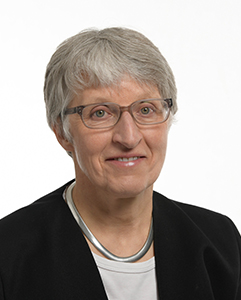 Bridget is former joint editor of the insolvency chapter of the Landlord and Tenant Factbook and gives seminars in her fields of practice.  She has been a contributor to Practical Law’s Restructuring and Insolvency “Questions for Counsel”.

Bridget has extensive experience in commercial disputes, including acting for both seller and buyer in breach of warranty claims arising from share or business sale agreements, misrepresentation, commercial fraud (including claims for unlawful means conspiracy), specific performance of a property-based joint venture agreement, claim for rectification of a major construction contract, claims based on finance leases, disputed claims under litigation-funding insurance, distributorship disputes, bank and private lender claims, both secured and unsecured, and guarantee-based claims.

She represented the successful respondent in the House of Lords in a bailment claim relating to photocopiers (TRM Copy Centres (UK) Limited v Lanwall Services Limited [2009] UKHL 35), having also represented the client in the Queens Bench Division and Court of Appeal. She represented a licensee under the “Investors In People” scheme in a contractual dispute brought by one of its assessors (Broughton v Capital Quality Limited [2008] EWHC 3457 (QB).

Bridget has acted in unfair prejudice claims and for both claimants and defendants and in claims for breach of directors’ duties.

She represented the respondent director in a misfeasance claim (Re Palmier (In Liquidation) [2009] EWHC 983 (Ch) and the applicant for a limitation direction on a company restoration in County Leasing Asset Management Limited v Hawkes [2015] EWCA Civ 2015.

She has acted for a shareholder on a derivative claim and claim for relief pursuant to section 306, Companies Act 2006 and has both advised in relation to and appeared on capital reduction applications.

Bridget frequently acts for administrators and liquidators in officeholder claims (misfeasance, transactions at an undervalue and preference claims).

Bridget has acted in a number of professional negligence cases involving surveyors and valuers, solicitors and accountants.

Claims against solicitors have included claims in relation to a failure to obtain adequate security over a portfolio of investment properties and the negligent drafting of a land option to acquire a reversionary lease of local authority property.

Claims against accountants have included a failure to obtain available tax relief for research and development costs.

Whether an unregistered beneficial interest in a property was overreached when purchase money not paid to two trustees.

Assessment of damages in misrepresentation claim.

Practised as a solicitor, Hong Kong and London