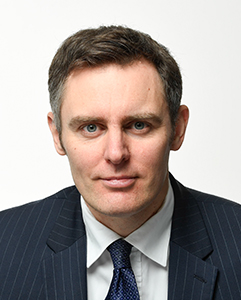 Duncan has an impressive all-round Chancery practice covering both traditional and commercial work with a particular focus on insolvency and commercial disputes, as well as property and contentious trust issues. He also maintains a busy probate and Inheritance Act practice. Duncan has a First Class Degree in German.

Duncan mainly appears in the High Court in Leeds, Manchester, Newcastle and London. He also appears regularly in the county courts, representing claimants and defendants at trial and on appeal. He has considerable court room and trial experience.

He has been ranked in the Legal 500 and Chambers & Partners for several years in the following practice areas: Chancery, Commercial Dispute Resolution, Insolvency and Real Estate.

Duncan has a burgeoning commercial practice, which has recently seen him instructed against Leading Counsel on several occasions.

Duncan has substantial experience in claims under TOLATA 1996, trustees’ duties and powers and breach of trust claims and remedies. He also has particular experience and interest in probate actions and claims brought under the Inheritance (Provision for Family and Dependants) Act 1975.

He is frequently instructed in cases where trusts law overlaps with other areas, for example insolvency, company and inheritance disputes.

Duncan acts in professional negligence claims against legal representatives and others.

Whether co-owner of property entitled to account of rent.

Whether injunction to be granted to prevent interference with shooting rights.

Removal of executrix by the High Court in Manchester.

Member of the North-Eastern Circuit

2013-2018: Appointed to the Attorney-General’s Regional Panel of Junior Counsel to the Crown.

2007: Called to the Bar by the Honourable Society of Lincoln’s Inn

Contributor to the Landlord and Tenant Factbook 2012-2018

Adverse Possession and Applications to the Land Registry