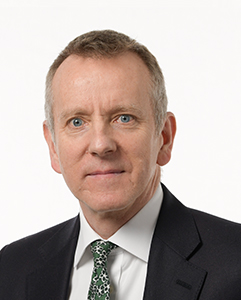 James has been in practice at Enterprise Chambers since 1987. He specialises in the areas of insolvency, company, partnership, commercial, banking and property.

All aspects of corporate insolvency including directors’ misfeasance; fraudulent and wrongful trading; preferences and transactions at an undervalue; the payment of unlawful dividends; and the rights and duties of liquidators, administrators, and supervisors of CVAs. Personal insolvency, including clawback claims and the rights and duties of trustees in bankruptcy and supervisors of IVAs.

Corporate governance issues including the calling and conduct of meetings, and directors’ duties. Share sales and financial assistance. Issues arising out of the grant of security by companies.

Representing corporate and individual clients in all manner of commercial disputes including, in particular, claims arising out of share and asset sale agreements.

Acting for, and against, banks in claims concerning mortgages and guarantees, and more general disputes relating to commercial lending and associated negligence claims.

Claims by liquidator to recover funds taken from the company by a misfeasant director and to protect the company’s beneficial interest in a property acquired with such funds.

Derivative claim brought pursuant to section of the Companies Act 2006 against a director for breaches of fiduciary duty in misappropriating company funds.

Claims by liquidator for the recovery of money and assets received by a director / shareholder from the company. Issues as to (i) the operation of the Re Duomatic principle; (ii) whether a share buy-back arrangement infringed section 691 of the Companies Act 2006, and was therefore void, on the ground that the shares were not paid for by the company on purchase; and (iii) whether a share buy-back constitutes a transaction at an undervalue for the purposes of section 423 of the Insolvency Act 1986.

Application to set aside orders for examination of individuals made under section 426 of the Insolvency Act 1986 in aid of insolvency proceedings taking place in the British Virgin Islands. Issues as to duty of disclosure on without notice applications, and conflict of interest.

Appeal to Court of Appeal from order striking out claims against a bank for breach of contract and other alleged improper conduct. Issues as to contractual interpretation and the scope of cause of action estoppel and res judicata.

Appeal from order continuing a suspension of discharge from bankruptcy pursuant to the provisions of section 279(3) of the Insolvency Act 1986.

Contested winding-up petition. Issue as to the construction of a loan agreement, and as to the point at which a company becomes unable to pay its debts within the meaning of section 123 of the Insolvency Act 1986. Consideration of the Court of Appeal decision in BNY Corporate Trustee Services v Eurosail UK.

Interpretation and effect of rent review provisions in commercial lease. Consideration of principles governing rectification of contract terms and the enforceability of the right to rectify against an assignee.

Claim under personal guarantee of company debt due to the bank. Consideration of defences based on material variation of the surety contract, and undue influence.

Issue as to whether an agreement entitling the claimant to fees for facilitating the acquisition of shares in a company was unenforceable on the ground that it constituted financial assistance for the acquisition of the company’s own shares and therefore infringed section 151 of the Companies Act 1985.

Issue as to whether the Defendant had taken a valid assignment of the right to be paid a debt due from the Claimant which was now in liquidation, such that the Defendant could set-off the debt against its own indebtedness to the Claimant pursuant to rule 4.90 of the Insolvency Rules 1986.

Dispute as to whether assets were owned by a partnership or a company in liquidation. Exercise of court’s management powers to stay proceedings

Application to set aside order striking out claims for failure to company with court orders. Consideration of principles governing relief from sanction.

Shareholder dispute. Application to strike out unfair prejudice petition as an abuse of process in the face of an offer to purchase petitioner’s shares made pursuant to provisions in the company’s articles of association.

Application for specific disclosure of documents claimed to be privileged. Consideration of the iniquity / fraud exception to privilege.

Breach of repairing covenants in commercial lease. Damages claim for loss of rent. Consideration of the appropriate measure of damages.

Acted for the Respondent in the Court of Appeal. Fraudulent misrepresentation and undue influence in relation to the grant of a mortgage. The relevance of causation in a case concerning equitable fraud.

Administration of estates. Son murdered his parents and was accordingly disqualified from benefiting on their intestacy. Dispute between the son’s issue and the murdered parents’ siblings as to who should take.

A leading authority on the issue of apparent bias Allegations that the trial judge was biased and had a conflict of interest.