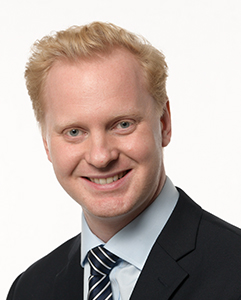 James is a leading junior in the field of commercial Chancery work, with a particular emphasis on contentious insolvency, company law and property work.  He is often instructed in high value and complex litigation, frequently involving a cross-border element.

James is an experienced trial advocate; his cross-examination was described by a Judge in a recent case as “courteously hostile” ([2019] EWHC 1673 (Ch)).

James has a vast experience of all areas of contentious insolvency both in the corporate sphere (including matters relating to partnerships and LLPs) and the personal sphere.  He is instructed by office holders and others both as sole counsel and as part of a wider team.

James has particular experience of cross border insolvency including acting for officeholders of foreign companies bringing claims in England and Wales and seeking assistance from the English courts pursuant to section 426 of the Insolvency Act 1986.

James is a member of R3 and INSOL.

James has extensive experience of all aspects of real property and landlord and tenant matters.  He has particular expertise in the interaction between property law and insolvency and is regularly instructed to advise on issues such as forfeiture, receivership, disclaimer, the validity and enforceability of security and the impact of Company Voluntary Arrangements on leasehold interests.

James is a member of the Property Bar Association and the Agricultural Lawyers Association.

James’ company practice overlaps substantially with his insolvency practice.  He is experienced in all forms of shareholder disputes, unfair prejudice petitions and derivative claims as well as claims for breach of directors’ duties and unlawful distributions.

James is regularly instructed in commercial cases, often with a cross-border element.  He is often asked to advise on contractual disputes, including sale of goods claims, and matters relating to debt recovery and enforcement.

For several years, James was led by Peter Arden QC and Stephen Kenny QC on a claim in the Commercial Court by 350 individuals against a Cypriot bank and developer in relation to the miss-selling of Cypriot property.  The claim gave rise to jurisdiction disputes involving questions of consumer status and rights in rem.

Acted for a group of successful investors in the latest case about administrations of companies being used to raise funds from investors to renovate property in return for the grant of leases of individual rooms within the property.

James acted for the successful liquidator of an LLP in a four-day trial and secured judgment for misfeasance and pursuant to section 214A of the Insolvency Act 1986.

James acted for the liquidator in the four-day trial of a claim against the company’s former directors for wrongful trading, misfeasance and various claims under the Insolvency Act 1986.

James acted for the successful respondent in this case, which considered the criteria for applying to set aside an order for security for costs where that order contained provision for there to be liberty to apply.

James acted for the successful applicant in this application to restrain advertisement of a winding-up petition The case is notable because the court required the company to make a substantial payment into court as a condition of the grant of the injunctive relief.

James obtained default judgment for the claimant in a claim brought in the Commercial Court against a Cypriot property developer in connection with the purchase of a holiday flat. This decision, which involved consideration of extending time for the purposes of filing an acknowledgment of service, has been considered in numerous other authorities.

James was led by Peter Arden QC and Stephen Kenny QC on a claim by 350 individuals against a Cypriot bank and developer in relation to the miss-selling of Cypriot property. The claim gave rise to jurisdiction disputes involving questions of consumer status and rights in rem.

Member of the Agricultural Lawyers Association

Contributor to The Rural Law Notebook