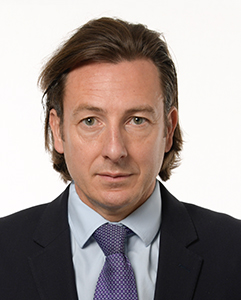 James specialises in all areas of commercial litigation with a particular emphasis on commercial disputes, insolvency, and professional negligence.

Highlights include representing the administrator in the high profile A1 Grand Prix insolvency, the financiers behind a Hollywood movie, provisional liquidators in one of the first crypto-currency insolvencies, several well-known football clubs, the shareholders in a leading celebrity chef-owned London restaurant, a lender in a professional liability claim arising out of Channel 4’s Brookside housing estate, and a defendant in a Liechtenstein trust fraud trial. As well as the above, James has appeared in numerous well known and reported cases and is highly regarded within the Chancery and Commercial Bar.

James also accepts appointments as an arbitrator and has a particular interest in sporting disputes.

James deals with all aspects of insolvency litigation representing office holders, directors and creditors alike. Recent successes include a misfeasance action against directors of a Jersey company, a provisional liquidation in one of the first cryptocurrency insolvencies, and committal proceedings against a non-compliant director resulting in a 9-month custodial sentence. James is currently instructed by liquidators and administrators in one of the largest insolvency cases currently taking place within the High Court which is due to heard over 8 weeks in early 2020.

James regularly represents both claimants and defendants in professional liability claims. Highlights include a protracted 7-party dispute in which he represented solicitors in relation to a failed wrongful trading claim instigated by one of the UK’s richest businessman and which resulted in a successful appeal to the Court of Appeal.

James practices in all areas of commercial law. Recent highlights include an arbitration between a Ugandan distributor and one of the largest exporters in India over a failed distribution deal, and representing the estate of a Yemeni businessman known as the “King of Petrol” in a cross-border claim worth tens of millions of pounds.

Major success in a 3-week Commercial Court trial of claims against a former director for fraudulent breaches of statutory duty, and against an alleged nominee for dishonest assistance. Defeated limitation and laches defences. Claim was for in excess of £100m.

2-day consequentials hearing. Obtained final judgment against Defendants for c.£162m, including compound interest. Samuel made the costs submissions on behalf of the Claimants, and successfully argued that the Defendants should be joint and severally liable. Obtained a £2.1m payment on account. The decision also establishes that costs of s.236 applications against third parties may be treated as costs of an incidental to underlying proceedings, over and above expenses of a liquidation.

Claim by Jersey company arising out of a high value golf course development in Scotland. Judgments obtained against Scottish company under the TUV provisions in section 238 Insolvency Act 1986 and against former officers for breach of duty under the Companies (Jersey) Law 1991.