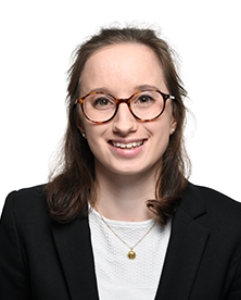 Mairi has a busy commercial chancery practice, with a particular emphasis on cases with an insolvency or property element. She is an experienced advocate who regularly appears in the High Court and County Court in the areas in which Chambers is renowned.

Insolvency work forms a major part of Mairi’s practice. Mairi accepts instructions in all aspects of insolvency work, including both personal and corporate insolvency and insolvency with an international aspect.

Mairi is particularly interested in the intersection between civil fraud and insolvency law. She has been involved in a number of cases involving the misappropriation of company funds, both prior to the company’s insolvency and thereafter. She has also acted for trustees in bankruptcy in cases where the bankrupt’s conduct is in question, such as where there was a wrongful sale of the bankruptcy assets and where there was suspicion that the bankrupt has forged documents to defraud creditors.

Commercial work forms a major part of Mairi’s practice. Mairi accepts instructions in a wide range of commercial disputes, including construction of contracts and contractual disputes, sale of goods, guarantees and civil fraud claims. Mairi has experience in acting for both applicants and respondents to freezing injunctions.

Property work forms a major part of Mairi’s practice. Mairi accepts instructions in all aspects of property work, including commercial and residential landlord and tenant, mortgages, easements and trusts of land.

Mairi is frequently instructed in technical and complex aspects of property litigation, and has considerable experience given her work on the Land Registration team at the Law Commission prior to joining Chambers. She is also interested in cases which involve an element of insolvency.

Mairi accepts instructions in all areas of wills, trusts and probate, including testamentary capacity, claims under the 1975 Act and disputes involving trusts.

The law of wills and probate is of particular interest to Mairi following her work on the Wills project at the Law Commission prior to joining Chambers.

Mairi accepts instructions in all areas of company law.

Mairi is particularly interested in company law cases with an element of insolvency.

Mairi is developing an international practice, including recently acting as part of a team for corporate claimants affected by the Samarco Dam collapse in Brazil, issued in the High Court in Liverpool with a value of approximately £5 billion.

Awarded the Willoughby Prize for Private Law, the Foundation Scholarship, the Squire Scholarship and the Pembroke College Prize