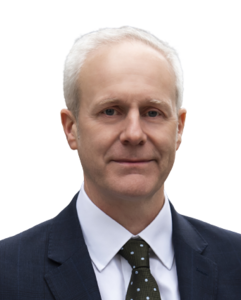 Richard Cherry undertakes a wide range of chancery, commercial and property cases, with particular expertise in landlord and tenant issues.

Richard advises and appears for both landlords and tenants in residential and commercial possession claims with wide experience of disrepair and dilapidations, unlawful eviction and public law defences across the full range of Private and Public Sector tenancies, ASTs, assured, secure, non-secure and Rent Act tenancies as well as claims against trespassers.

He advises on traditional chancery cases including boundary disputes, easements and trusts of land, covenants – including applications to release or modify restrictive covenants – service and administration charge disputes, leasehold enfranchisement and competing claims for registration and appears in the First Tier Tribunal.

He is acknowledged as a leading authority in cases concerning the Gas Safety Installation and Use Regulations 1998 and their application to Section 21 possession claims having been instructed in both cases to have gone beyond first instance and in the only such case to be heard in the Court of Appeal.

Richard has a strong reputation for his expertise in mediation and negotiation where his mature, practical approach and ability to build rapport with both clients and opponents secures advantageous settlements.

Having spent 18 months, before coming to the Bar, working with the housing team at North Kensington Law Centre, Richard is particularly well-known for his deep understanding and experience of housing matters, including possession and disrepair as well as allocations issues, homelessness applications and appeals. He is constantly recognised for sensitive handling of vulnerable clients.

His residential work for landlords and tenants encompasses both private and public sector tenancies. He has become known as an authority on possession claims involving gas safety having been instructed as sole counsel in the Court of Appeal in Trecarrell House v Rouncefield [2020] EWCA Civ 760 having previously appeared in Caridon Properties v Shooltz on the same issue. His other residential work includes possession claims under s8 and s21 Housing Act 1988, disrepair and unlawful eviction.

Recent Cases
Trecarrell House v Rouncefield [2020] EWCA Civ 760; [2020] 1 W.L.R. 4712 – sole counsel in both County Court and Court of Appeal for the tenant in this groundbreaking case on how the gas safety regulations should be applied in Section 21 possession claims.

Caridon Properties v Shooltz – 2 February 2018: 2018 WL 05822845; [2018] 2 WLUK 712 instructed for the successful tenant establishing the principle that where a Landlord has failed to give a copy of the last Gas Safety Record before a tenant begins to occupy they cannot thereafter rely on a Section 21 Notice.

Obtaining substantial damages for tenants under a purported holiday let in a multi-track claim for unlawful eviction against multiple defendants. A factually complex case involving potentially fraudulent documents of disputed provenance and multiple applications immediately pre- and at trial.

Representing tenants in a possession claim where Gas Safety Records were given but without containing the full statutory details. Extending the ratio of Trecarrell v Rouncefield.

Acting for Personal Representatives obtaining possession under a tenancy purportedly created by the testator some years previously.

Richard is experienced in advising on Traditional Chancery and Trust cases, including declarations and orders under TOLATA and in beneficial ownership disputes between unmarried cohabitants or family members, boundary/neighbour disputes, easements and adverse possession

Richard is instructed in a wide range of contentious probate issues including formal validity of wills, fraud, want of knowledge and approval and capacity.

Recent Cases
Seven day High Court trial between a professional executor and beneficiaries under a c.£3million estate successfully settled by negotiation at trial

Acting for a widow and children of a testator in a dispute over a number of residential properties. Successfully settled at mediation.