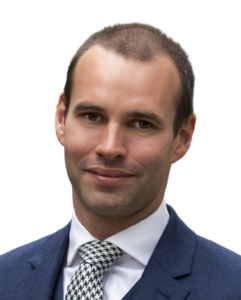 Simon Newman engages in a full range of commercial and chancery litigation, in particular commercial, insurance, insolvency and financial matters. Simon has been appointed by the Attorney General as Junior Counsel to the Crown (C Panel). In 2020 he was called to the Bar of Northern Ireland.

In addition to his well-respected insolvency and commercial practice, Simon has a strong practice investigating and reporting on complaints for regulatory bodies, involving regular appearances in disciplinary and regulatory tribunals. His particular focus is in financial service regulations, and he also has broader experience in the medical, property and sports sectors.

Allied to his practice commitments Simon has developed a depth of knowledge and understanding of different perspectives in his practice areas having spent periods of time advising in-house at a City-based insolvency practice; investigating and advising the London Borough of Southwark on a high-value contract fraud; and seconded to a Lloyds Insurer where he acted as junior underwriting counsel and to the in-house teams of medical and financial regulators.

Simon’s range of experience makes him a sound team player, adept at working with others and harnessing the talent around him, and means he takes an unstuffy approach to matters with a strong focus on case strategy to achieve commercial outcomes.

Previously Simon has worked in academia, teaching undergraduate law on the LLB degree at the University of Sheffield and as an accredited researcher for a text authored by Professor Nigel Davies and published by Oxford University Press. Simon is one of the technical editors of Law for Small Businesses for Dummies.

Simon’s insolvency practice involves acting for the full range of parties including office holders, creditors, debtors, company officials and bankrupt individuals. Having spent a period on secondment at a city based insolvency practice Simon is particularly familiar with the concerns and interests of the office holder and utilises this understanding in developing his tactical advice in proceedings.

Simon regularly appears and advises in respect of misfeasance claims, preferences and TUV claims, and is instructed in the private examination of parties on behalf of office holders.

Simon regularly appears in the Companies Court dealing with winding up petitions, as well as ancillary applications ancillary to the insolvency process such as validation and injunction applications in the High Court.

Recent claims in corporate insolvencies include acting for the Liquidator successfully recovering £600,000 at mediation following the pursuit of misfeasance claims; pursing claims against Directors running ‘lifestyles businesses’; instruction as part of the legal team in respect of one of the first bitcoin insolvencies; and advising an international luxury-fashion brand in respect of the high profile CVA proposals of a major UK department store.

Simon regularly appears in applications to set aside statutory demands and bankruptcy hearings, both for petitioners and individuals facing bankruptcy and in respect of substituted service of Petitions.

Recent personal insolvency claims have included claims on behalf of the Trustee in Bankruptcy against a bankrupt owing £1.2 million to the Financial Conduct Authority for his role in a complex sale and lease-back mortgage fraud and appearing in an IVA annulment action involving alleged deceit. Simon also resists claims and has been instructed by bankrupts in numerous matters, including successfully challenging to office-holder’s fees and defending claims wrongly brought by the office holder.

Having completed a masters degree in Commercial Law, Simon is regularly engaged in the full range of commercial litigation. In particular Simon has particular expertise drafting statements of case, witness evidence, non-disclosure agreements and contractual documents.

Simon advises on a wide range of multi-faceted claims, both on the merits and the law, and on the value of such claims and best means for settling them. Simon regularly appears in both the County Courts and High Court on behalf of Claimants and Defendants and represent parties in mediation. Recent cases have included trials in respect of contract construction and commercial property and a number of interim applications.

Simon is instructed in a wide range of Company matters, ranging from the winding up and restoration of companies, the drafting of company articles and statutory documents, and advising on claims against directors and director’s duties and derivative claims.

Recent cases have included appearing in a reported High Court claim for costs to be awarded against company directors personally in respect of their conduct as the controlling minds of the company; advising a national governing body on re-drafting their articles of association; advising company directors on their duties pursuant to the Companies Act; restoring a company to the register to enable the beneficiary of property held on trust by the company to enforce his rights against the company to property dissipated prior to dissolution, and resisting applications under the Company Directors Disqualification Act.

Simon has developed his grounding in insurance, treaty and re-insurance. This follows from having completed his training at the Bar under a senior insurance law practitioner who had particular experience of working with mutuals, and having then been seconded to a global underwriter and Lloyds Insurer. This enables Simon to draw upon practical experience of the markets alongside his legal understanding when advising and drafting on behalf of clients.

Since its entry into force in late 2016 Simon has advised on numerous occasions regarding the compatibility of insurance wordings with the Insurance Act 2015. Simon also has a particular understanding of cyber insurance, having drafted an Insurer’s wording for their first entry into the cyber market.

Alongside this expertise Simon has advised upon and drafted policies across a number of different lines of insurance. In particular he is versed in the following lines: business interruption, marine, aviation, directors and officers (D&O), public offerings, property, commercial all risks (CAR), combined commercial, environmental liability, travel and leisure. Simon also has experience drafting and advising in respect of specific exclusion clauses, terrorism and Pool Re, and nuclear clauses.

Simon is regularly instructed in the full range of litigation and advisory work in the property sphere. This includes actions both seeking and defending possession proceedings; disrepair claims; the interpretation of leases, both residential and commercial; and pursuing and defending trust and TOLATA claims.

Simon’s professional negligence practice is complimentary to his professional regulation practice and his understanding of professional industrial standards alongside his grounding in the law of obligations leaves him well placed to advise both professionals and their clients on the standards expected, duties owed and their discharge.

Simon has a broad range of regulatory experience across a range of sectors including finance, the professions, sports, and healthcare.

Financial Services Regulation
Complementary to Simon’s commercial practice, he was the sole external counsel retained by the FCA to assist with and advise in respect of an investigation into leading investment bank Credit Suisse for breach of Principles 2 and 3 of the FCA Handbook.

The multi-jurisdictional investigation related to transactions totaling $2 billion, in which funds were lent to bankruptcy remote SPVs beneficially owned by the Republic of Mozambique, which were subsequently sold into the debt capital markets without the knowledge of the international donor community. Subsequent default and restructuring led to investor not being re-paid their investments and the withdrawal of IMF support for the sponsoring nation.

The investigation resulted in a global resolution of approximately $475m, with the US Securities and Exchange Commission, the US Department of Justice and the Swiss Financial Supervisory Authority. The FCA fined Credit Suisse $200m and secured the bank’s agreement to forgive $200m of debt owed by Mozambique, which was reflected in the reduced fine imposed. Simon co-authored the FCA’s Final Notice